If like me, you are a fan of Bioware and the games they produce then Anthem is probably something you are concerned about. With EA’s graveyard of previously beloved developers and Andromeda’s problematic launch, Bioware need a win. Now at last years E3 Anthem looked promising, a new mysterious franchise starter in a style Bioware are used to working with. A year later, I’m beginning to wonder whether that was false hope and here’s why.

Anthem’s presentation was disappointing. We got a new trailer, some recycled footage and  bare bones game play that was more of a side note than a focus, oh and a panel, we got a panel. 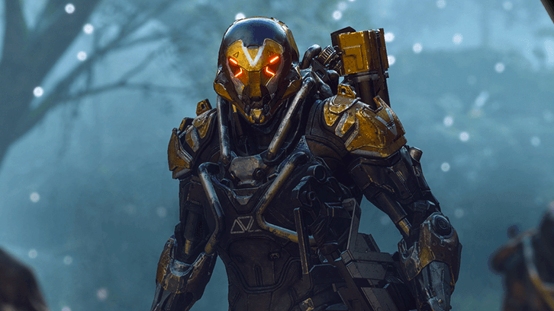 So lets talk about what details we do know:

If we compare that to what we knew or could assume last year based on Bioware’s/EA’s track record:

It really isn’t that different. Admittedly we were given some information about Anthems world/story but in terms of consumer knowledge we aren’t much better off. So lets address this information as I listed it.

There are four different classes of Javelin that allow you to do different things and play different styles. Inherently I don’t have a problem with this premise but it is worrying that at this point Anthem has next to nothing that makes it unique from Warframe and Destiny. I’m going to use Warframe as my primary comparison because I’ve played it. Warframes seem very similar to Javelin’s, you can change them based on missions to offer you advantages, you can customise them. The similarity doesn’t bother me, what does is that in order to be successful Anthem will have to offer something unique to prompt player migration from established and popular titles.
(By successful I mean meeting EA’s targets, not sells a reasonable amount.) 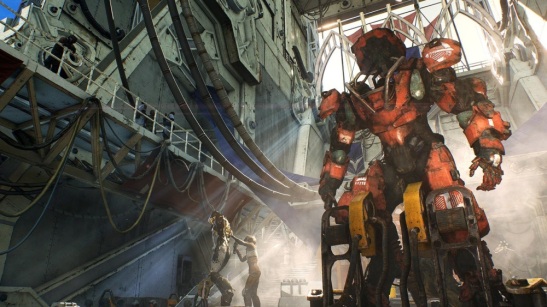 They will be a thing. This is disappointing but expected in the current gaming market. What I was happier to note was the public promise that there would be no loot boxes and pay to win wouldn’t feature. It’s not surprising given Battlefront 2’s failure/controversy has led to EA and its studios fleeing loot box  craze faster road runner when it sees wily coyote; however it is reassuring that items will have a set price and that they will offer no game play advantages. That this is an improvement on current affairs is a sad commentary on triple A gaming but there we go.

A Dynamic World/Games As A Service: 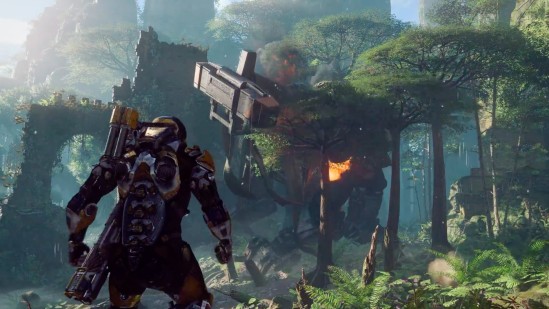 Dynamic weather, and a world influenced by your choices this part of Anthem while nothing new looks promising. What concerns me is that despite a promise the game would launch as a complete title, the term service was bandied around. The service model for video games has a history of launching shell titles, see Destiny which needed two or more years of the model to flesh itself out. If Anthem does follow this route I’m hoping they will use free events or weekly quests like Monster Hunter World or even just offer quality DLC sporadically following the lead of The Witcher Three. Some how I doubt it, I suspect that if Anthem doesn’t fly off the shelves that’s it for Bioware and EA will pull support for the game like they did with Andromeda. I think partially that is why I am so adverse to the game having a story that continues after the single player campaign has quote on quote finished, I’m worried that it will have the plugged pulled after an interesting cliff hanger if the player base or sales just aren’t there.

So I’m disappointed with what we’ve seen of Anthem at E3 but I’m not sure I was ever going to be happy about it. The speculation that this needs to go well so that Bioware isn’t axed troubles me. I love Bioware and really want this game to smash the competition aside for game of the year 2019. But to do that it needs to generate hype through a good marketing campaign and then deliver. To do that Bioware are going to have to do more than show a trailer, some uninspiring game play footage and a panel. Today it felt like Bioware were hiding behind the Devs because they didn’t have enough to inspire confidence another way, and that’s troubling.

Here’s the link to the presentation so you can watch it for yourselves:

What was your take on the Anthem presentation? Are you hopeful? Let me know in the comments below.

As always thanks for reading.
Hugh